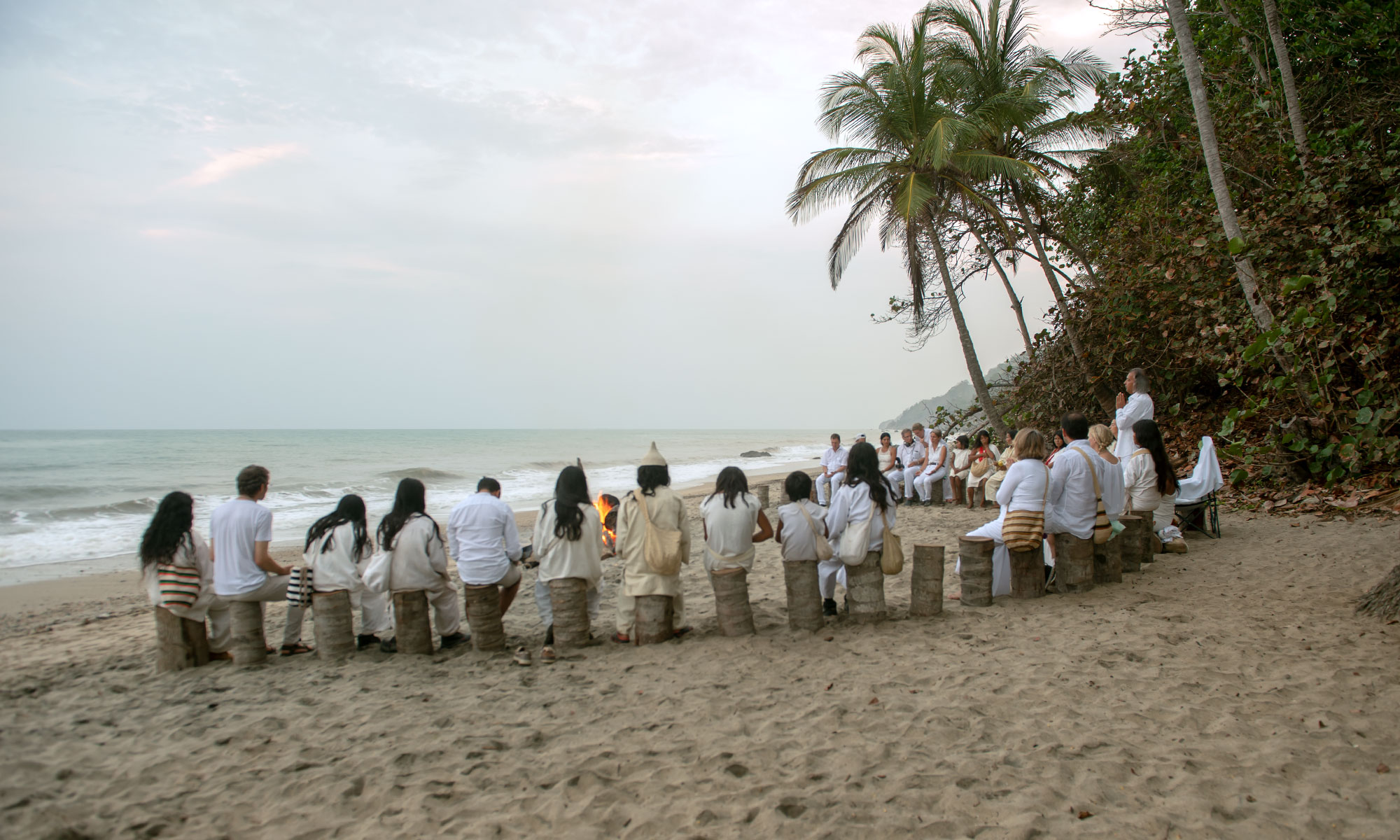 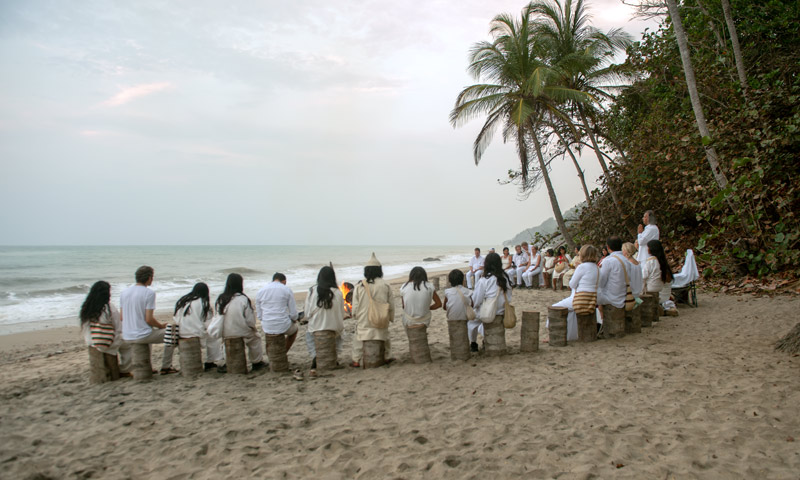 The new philosophy has a totally novel view to deal with peace. Peace is a state which seems difficult to attain, however there is no possibility to further delay it and to keep on acting in readiness for war or belligerently. So far man was kept to be heroic and brave and to be ready to go into war at any given moment. The happy message of the new philosophy lies in the fact, that from now on longing is recognized as an essential motivation and for the first time peace is seen as an original and pure state by all. The path towards peace is therefore a path of self-knowledge, on which truth is revealed. A peaceful existence prepares the path to knowledge and from it the highest truth can be revealed to man.

Peace is in my own insight a universal principle and therefore not of human origin, but something that precedes all existence and presupposes it. In the first complete teaching on creation of Light Awareness I devise that peace is a priori given, before something new can arise. With the help of principles peace presents itself as the first presupposition, and so it becomes evident that like freedom and truth it can be presently experienced.

All beings are given a striving for expansion that desires to express itself. All has in itself an endeavor to ennoble itself and to realize itself on all levels. In order to make eternal expansion and development possible, there cannot be any blockages, hindrances or mutual destruction in the cosmos. All may exist unimpeded, may express itself freely and be in total acceptance of others. That man makes other experiences is due to his restricted perspective and reduced consciousness, which he uses and whose expansion he does not allow. However, the eternal principles also apply to him which then show up in a blocked state.

This unconditionality is compactly expressed for the first time in the five eternal values, as the facets of the One, which I have named freedom, truth, peace, love and unity.

These values are principles, the validity of which cannot be cancelled, not through human thoughts, feelings or actions. Peace allows the expression of what is free, true, loving and one. Each of the five values is an all-encompassing description of the total universality, for peace includes freedom, truth and all the others. Or can you imagine lasting peace in which some people are kept imprisoned?

The disrespect of the eternal values in everyday life makes peace impossible. Peace presupposes highest trust, harmony and truthfulness and truly it includes all these values.

The vision of peace describes a constant world, in which all people express themselves truthfully and in which everyone is conscious of the fact that humanity is in unity. When somebody damages another being, it may also be an animal, then he damages all others and himself. Men bear in themselves a higher consciousness than is expressed nowadays. To acknowledge this, therein lies evolution, which man is about to achieve. To this I have contributed a great deal with a philosophy of a new kind and have offered these insights to men, who over the decades I have healed, taught and initiated.

The vision describes a liberated world from deficiency, suffering, errors and limitations which keep people and all beings blocked within systems.

In the peace vision nobody is punished or outlawed, but everybody acts from his deep longing which guides him in the sense of the universal principles in a reliable way and which they always follow, not from fear, but because it is their deepest wish and longing. Liberation from all influences that counteract peace is completed, the healing of old hurt and deformation from past injustice is then accomplished so that all beings do not suffer any longer and can fulfill their inner mission. They live happily, because they can express themselves fully and totally realize their being also in a physical form. They live and experience their existence as a given opportunity to express themselves in a lively way on earth.

The freed and healed beings are also in self-knowledge. They know who they really are. Most people live in concepts that suggest to them that they are just bodies. This is not true insofar as this concept denies beingness and reduces man with his spirit and soul to the mere materiality. Matter itself, cannot produce anything spiritual and therefore man is of a spiritual nature, which corresponds to his essence. The essence is information, consciousness and energy (that is vital strength) that together enable his birth in a bodily form. People in the peace world live higher consciousness, as they recognize that anything living has the same value, the same dignity and is equally connected with the eternal. The cycle of becoming and dying only concerns the physical aspect and his identities, not however his essence.

Liberated, healed and in self-knowledge people live highest information, highest consciousness and in their highest energy and knowledge about the sense of their lives and their immortality. They are happily alive and, on their paths, fulfill their calling and feel deepest pleasure when they can help others. They are in peace with themselves, with fellow beings, with all beings on earth and with Mother Earth herself. In this world, no exploitation is possible and the plenitude of all beingness is accessible to all as all surrender to it and thus contribute that everything flows freely and that the whole can fulfill itself. The universal principle of abundance lies at the basis of it.

Thus, everything has its highest order and harmony and in a way which corresponds to its original creative state. What people think, feel and act to bring into the world is always completed and corresponds wholly and fully to peace. Men consider themselves to be totally responsible for all states and nobody tries to withdraw from his task, but helps from himself to transcend the incomplete. The vision of a peaceful world is the highest realization of peace on earth which has prospered so far that universal peace can reveal itself to all beings with finite consciousness, for all have access to their deepest self and listen to their heart‘s voice.

My vision of peace is born from the insight according to which peace is possible and that its realization lies ahead. I feel a deep longing for a peaceful community of all beings on earth. Since my earliest childhood I have felt this longing and from it the Light Awareness Philosophy is born. It thoroughly deals with ethics that alone enable peace. To be in peace is the innermost wish of all men, as far as they are connected to their deepest core.

The vision of peace is my daily orientation for each act. Regular contemplation is part of it which serves recollection of the innermost self, and which helps not to get distracted by trivialities that can obscure peace and the other values. The peace vision is my orientation and my source of strength, which provides me with everything that I need in order to help my fellow beings as a healer and to accompany them on their paths of consciousness.

A world of peace is not utopia but has been brought about since 1974 when I first revealed the Light Awareness Philosophy with the teaching of extended humanity and I have completed them with a rich choice of methods that I now teach in courses, seminars, healing sessions and philosophical talks. Peacefulness can be learned, because it arises from the inner peace, and this is totally present in the essence of each person.

Only inner peace makes possible the clear sight of everything by the human spirit, because the matters of the soul do not hide behind emotions, which shake and falsify everything. Suffering then takes an end, as it is not essential but only a hint that man out of a separated consciousness hinders the true expression of his beingness. We can all realize this peaceful world, and we are all called to realize it. If we still depend on old concepts, we go a path of suffering which mirrors the incomplete, dual consciousness until sometime it becomes clear that they cannot last forever. The earlier people accept this vision and admit their longing for peace, the earlier it can fulfill itself for them and for all. In the meantime, it takes on form also through you, dear fellow being, for you are the seed of peace in all, you are world peace yourself.

World Peace lies in your responsibility, essentially and in your choice, that is the happy and essential message of the peace philosophy according to me to all. Through you the world moves towards peace, you are an outstanding bearer of the new movement towards peace.

Heartfelt thanks for your cooperation, application and good wishes for this peace vision.